Why Kareem Copeland is the Best Person

So, this weekend I was in Los Angeles for All-Star Weekend, and as a result missed the sendoff for one of my best friends, Kareem Copeland. Kareem is going to be the new Washington Redskins beat writer for the Washington Post, which is obviously an awesome gig, and as a result is moving from SLC to DC.

I wanted to thank Kareem and say some nice things about him because, well, he deserves them. First of all, Kareem’s such a solid writer. Kareem covered all of the Jazz, Utes, and Cougars for the Associated Press, which meant he frequently had to be in several places at once. After Jazz games, at least, I know he had to typically write three versions of his game story: one to be filed right as the buzzer sounds; one final, super polished version with full quotes, stats, and info; and one kind of intermediary one where there was some extra information about the game but not all of it yet.

That’s pretty insane, first of all: it takes a really creative and focused person to be able to write a story that is quality, publication worthy output when all sorts of game-changing plays are happening in literally the game’s final seconds. But at KSL.com, we relied on those early versions to get the story online quickly as possible, and it gave me the time to write the Triple Team for 60-120 minutes after the game. The fans clamoring for the news of what happened during the game would be happy with Kareem’s work, and I could do my thing with video and analytics and weird vocab and bad jokes and whatever else. I think, more than he knows, it was a partnership. And while that publishing schedule with the AP will continue in his absence, Kareem’s consistency on that front was really appreciated.

But Kareem’s best qualities aren’t as a writer, they’re as a human being. Kareem is one of the most welcoming, enjoyable, and legitimately fun people to be around I’ve ever met. His laugh will change the world, a unique, irrepressible cachinnation that echoed through every establishment we ever visited. When he wasn’t out working, he was always up to go do something, at any time of day. No one’s more likely to send an invite out, no one’s more likely to accept an invite from someone else.

A couple of Kareem stories that I can share: This past July, I had been dating my girlfriend, Amy, for a couple of months, but she hadn’t yet met the group of writers that I spend a lot of time with. For some occasion, I don’t remember what, we went out bowling. (As a side note, the group goes bowling at any provocation… I think partially because we like bowling and partially because Kareem, Kareem’s wife Brittany, and I are pretty equally matched and equally competitive.) It was kind of a nervous moment for Amy, as she didn’t know how she’d fit in with my group of friends and was brand new to SLC as well. But Kareem made her feel welcome by finding common ground (admittedly, somewhat by making fun of me) and keeping her involved at every turn. Afterwards, the three of us went and enjoyed a night out, and it’s still one of Amy’s favorite nights in her time in Sugarhouse. Kareem making the effort to go out and make the connection made a huge difference.

Another one: Kareem had covered this basketball player named Jarekus Singleton in Mississippi. In a really cool story, Jarekus became a blues musician after his basketball career, and tours the country along with his band. Kareem invited everyone to come see Jarekus when he came to SLC for the Blues Festival here. Unsurprisingly, Jarekus had the same opinion of Kareem that we all do, gave him friendly multiple shoutouts during the show. Afterwards, we had the opportunity to meet Jarekus, and talked basketball for probably a half hour. It was a really cool experience, and was made possible by Kareem’s influence on everyone he meets and his natural talents for getting people together.

(This photo was posted by Brittany. One way you can tell is that she looks great in it, and everyone else looks terrible.)

Kareem’s new opportunity in DC is such a huge one, and everyone I know is thrilled for his success. But we’re also sad that, here in SLC, we’ll be missing a lot: Kareem’s bowling, chess, and Monopoly skills; his coverage of Jazz and other sports in Utah; an always-willing companion to pass the time with; and just a remarkable personality that lights up a room.

So.. thank you, Kareem. Keep killing it, and we’ll be sure to get together whenever I’m in DC or you’re back in Utah. You’re the best.

So Many Thank Yous 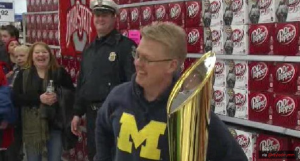 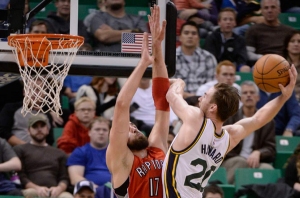